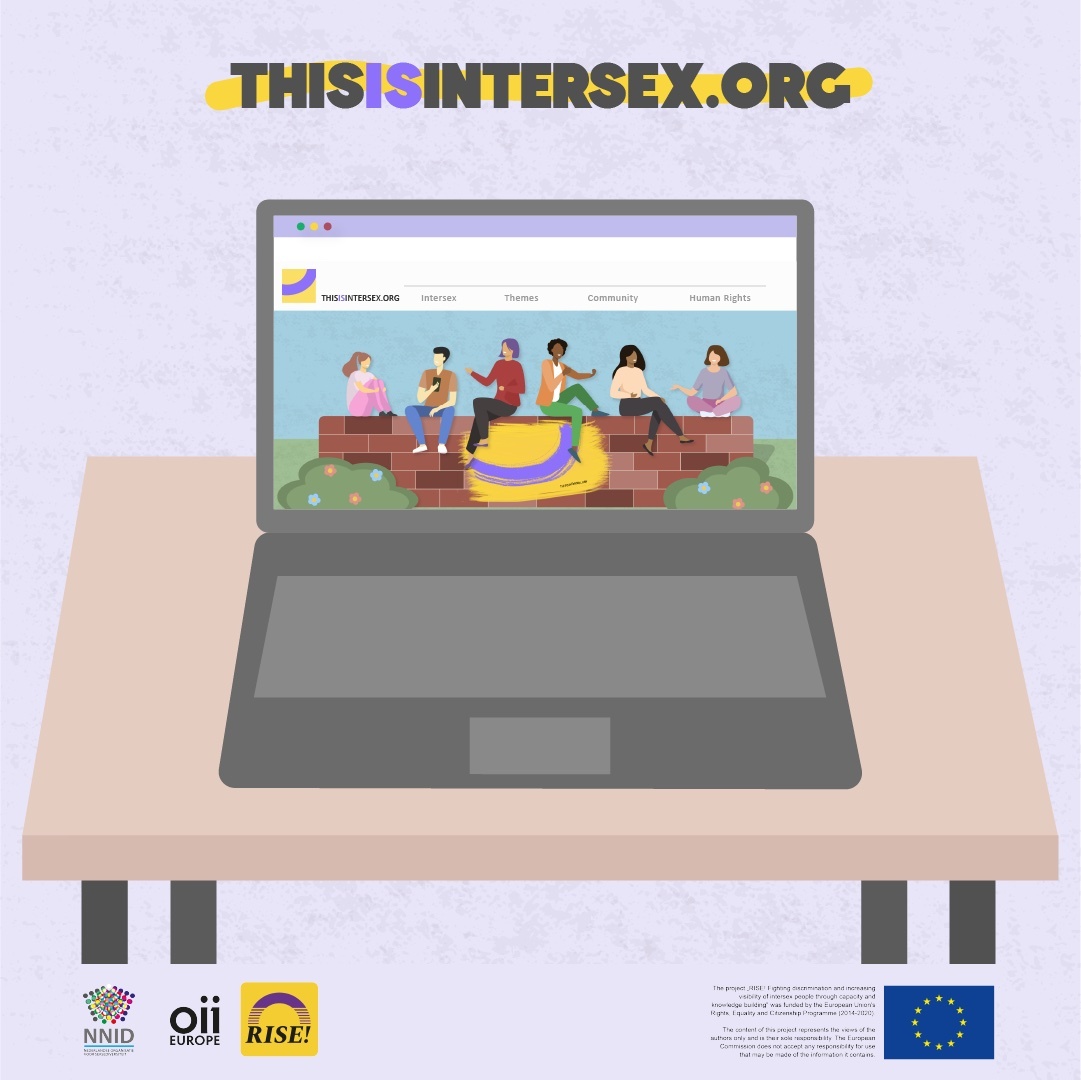 We are happy to announce the launch event of thisisintersex.org on October 26th, on Intersex Awareness Day, held from 15:00 till 16:15h, CEST time.

We especially want to thank Ms Helena Dalli, Commissioner for Equality of the European Union, who will deliver the keynote speech. We are also pleased to have our speakers Surya Monro, Piet de Bruyn, Miltos Pavlou, Kaisli Syrjänen and Magda Rakita on the panel ‘Intersex Knowledge in Europe’.

Thisisintersex.org is a website developed by NNID, Netherlands organisation for sex diversity with an intersex human rights approach, talking about being intersex in Europe and the issues intersex people combat daily. The goal of the website is to increase the knowledge on intersex human rights issues in Europe, contributing to the overarching goal of reaching more acceptance.

The website is targeted at the following groups:
intersex people themselves, parents of intersex people, the media, policymakers, and the general public.

with the following speakers:

The launch will be held via Zoom Webinar, which means attendees will not be visible on camera. During the panel you will be able to ask your questions via the Q&A box so that we can discuss them with the panel.

The event will also be livestreamed on the OII Europe Facebook page.

Thank you so much, would be fantastic to see you at the event!