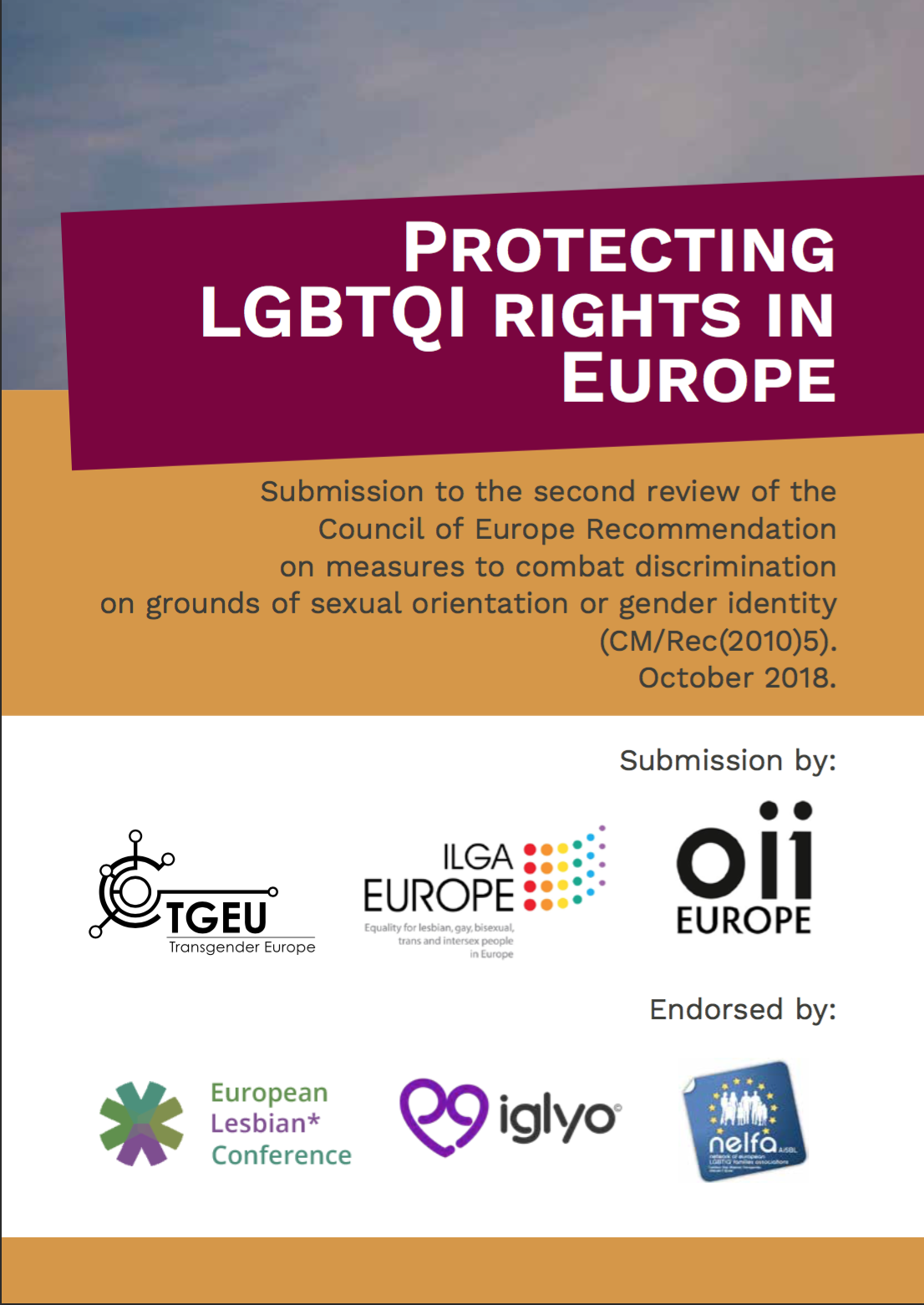 [You can find the report on the ILGA Europe and TGEU website as well.]

OII Europe has joined forces with ILGA and Transgender Europe on the submission to the second review of the Council of Europe Recommendation on measures to combat discrimination on grounds of sexual orientation or gender identity (CM/Rec(2010)5).

Apart from identifying implementation gaps for LGBT people, one important goal of the submission is to show how the human rights standards related to sexual orientation, gender identity and expression, and sex characteristics (SOGIESC) issues have significantly developed since 2010 and to point to the lack of intersex inclusion in these recommendations.

The 2018 review is a crucial opportunity for the Council to assess the level of and progress in implementation among member states and identify implementation gap.

Excerpts from the Introduction
In 2010 the Recommendation CM/Rec(2010)5 of the Committee of Ministers to member states on measures to combat discrimination on grounds of sexual orientation or gender identity established the gold standard of LGBT rights in Europe. Agreed unanimously by the 47 Council of Europe member states, it was the first and only agreement between governments to combat discrimination against LGBT people in Europe. Although not legally binding, it was based solidly on existing legally binding international and European human rights obligations. Member states, therefore, have a clear duty to implement its measures. It has been widely used by states and civil society alike in an effort to improve the lives of LGBT people in Europe.

If you want to reference this work, please use the following citation:
Karsay, Dodo (2018), Protecting LGBTQI rights in Europe. Submission
to the second review of the Council of Europe Recommendation on measures to combat discrimination on grounds of sexual orientation or gender identity (CM/Rec(2010)5). ILGA-Europe, Transgender Europe, OII Europe.